Ásta Dís: I have lived through poverty, ill health and social isolation 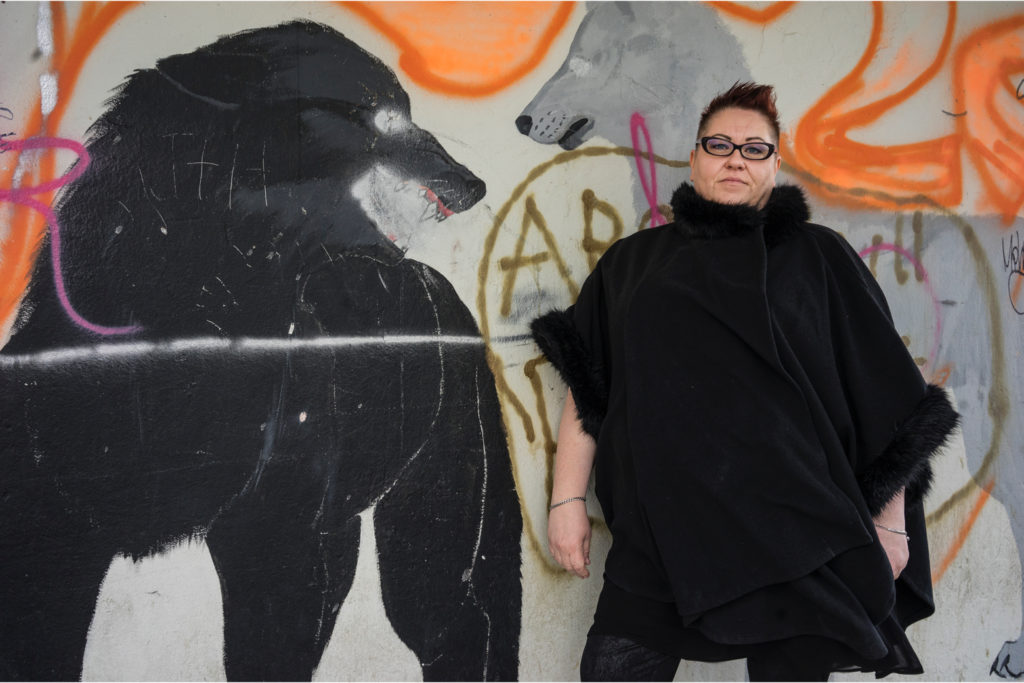 “I’m 52 years old, with the West fjords in my bones. In the countryside I learned to use, fix and reuse all things, since knack and know-how are all important in the struggles of life there and you can’t just run to the store for every little thing.

My mother can’t move around much, but she never let her disability prevent her from doing what she wanted. My dad is a mechanic who worked for a long time as a taxi driver. My husband is Eggert Bjarki Eggertsson, a seller of and all-round expert on car tires. We live in Bakkar in Breiðholt and have four children, all grown up. Before we bought this place in 1999 we were hopping from one rented place to the next. Now we’ve managed to stay in one place for 19 years.

I realized at a young age that there was something wrong with a society that demanded that everyone fit into a pre-fitted box. Women could and should do only certain things, men something completely different. Since I didn’t know what I wanted I tried out all kinds of stuff which wasn’t seen as very feminine, such as mould construction, assisting a mason and driving a cement truck, but I also tried the more womanly jobs like hairdressing, working in fisheries and sewing. For a time I lived in Sweden, studied orderly nursing and worked in a hospital in Stockholm. After moving home I tried several cashier jobs until I studied and aced bookkeeping, which I’ve worked at since.

In addition to a varied work experience I have also lived through poverty, ill health and the social isolation that followed, so I know personally how degrading that is to go through. What I value most is knowing the complicated steps that lead out of it and that there is life after difficulties. In my quest to share that experience I’ve gone all the way from poverty, depression and social paralysis to the empowerment of others and social ebullience. I’ve managed bingos for years and been head of Sjálfsbjörg in the capital for six years, sat on the board of Sjálfsbjargarheimilið and MedicAlert Iceland and was one of the founders of Skjöldur, an association about thyroidal illness.

For the last seven years I’ve been on the board of the European Anti Poverty Network which fight against poverty on a European basis, and I’m one of two coordinators of Pepp Iceland, an association of people experiencing poverty. Everyone who suffers from or has lived through poverty and social isolation is welcome there, since it’s important to get the people together who live with the shame and those who’ve escaped it to speak and share their experience.”

Ásta Dís is running for city council in Reykjavík on behalf of the Socialist Party. #valdiðtilfólksins

21. sæti – The other Reykjavik

42. sæti – The other Reykjavik