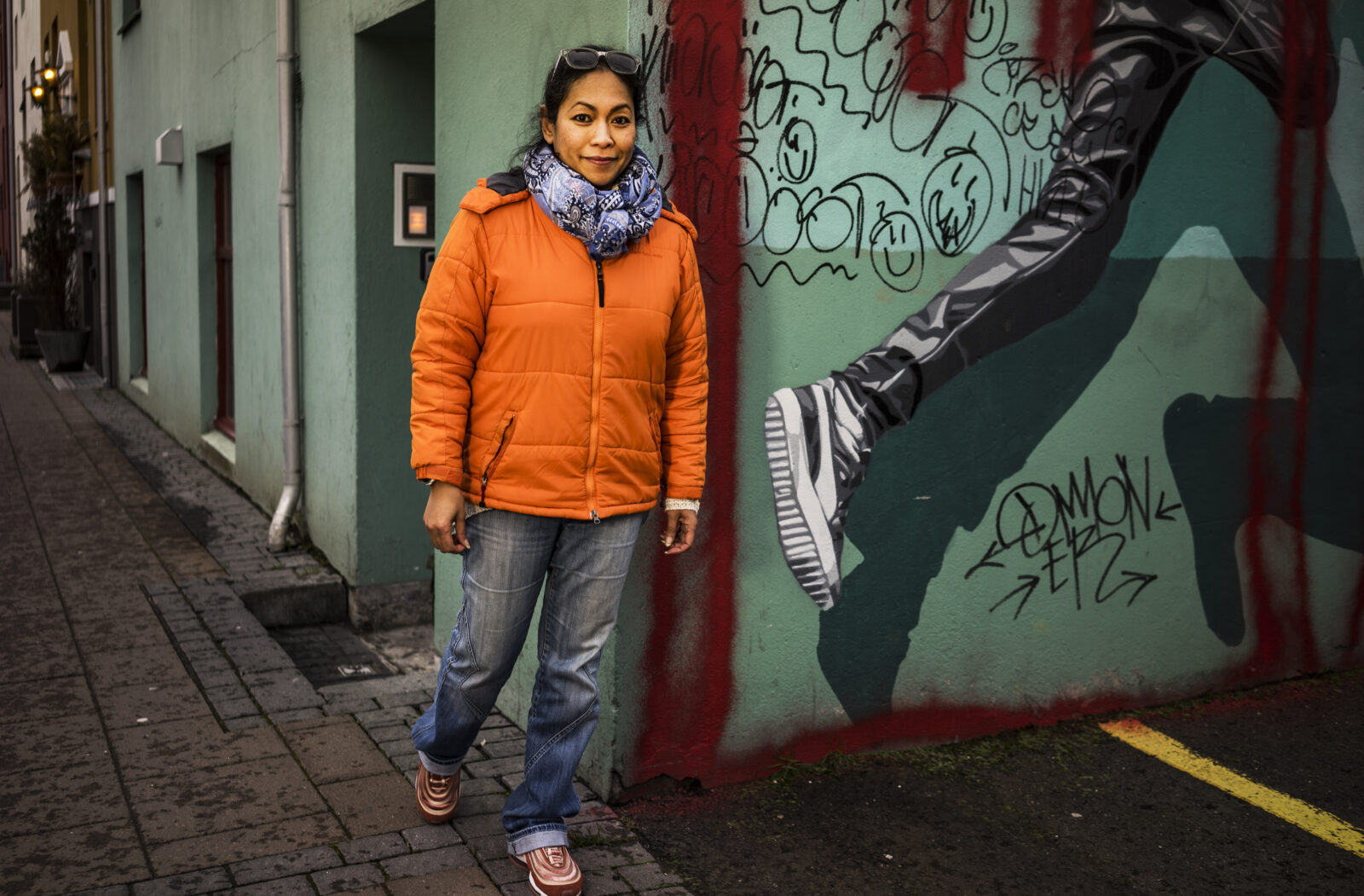 21. Herianty Novita
The other Reykjavik

I am from Jakarta in Indonesia and came to Iceland 18 years ago, with two children and my former husband who was an Icelander I met in Saudi Arabia. My life in Indonesia was good but I wanted to create my family life here in Iceland.


In 2003 I divorced my former husband and then became a single mother with three children. My youngest child was born in Iceland in 2002. I have encountered various kinds of difficulties through the years, but always with a smile on my face because I am an easy going person. We have gone through a lot of financial difficulties but we received help from the church. I am very grateful for all the help we have gotten but sometimes it has been very difficult and I know very personally how it feels to seek assistance with food from Mothers’ Support Committee.

Because of a personal trauma, I had a nervous breakdown. I remember how I could not stop crying and hyperventilating. When a person is under a lot of stress and has been strong for such a long time, something has to give in the end. I have a woman friend who was very good to me and helped me a lot at this time.

Today I am 75% disabled because of a back injury and other effects of a car accident. In 2016 I began to work for a large company. I was supposed to work for two and a half hours every day and every other weekend. Each year I have had to reimburse The Insurance Authority because of a “krona for krona” reduction of benefits. That policy doesn’t provide much incentive for people to work a little bit just to be active. Sometimes I worked more than two and a half hours to relieve someone who was sick or because another staff person was needed. My back injury was aggravated, my physical abilities became worse and the long work days took a great toll on my health. One time my back locked up and I couldn’t get up out of a chair. One evening I needed my husband and my daughter to help me to bed because I had so much trouble moving my body.

One time I was called to a meeting because this company had accidentally paid me too much and they accused me of not having let them know, when in fact I had not known of it. I explained that to my foreman but she didn’t believe me.

Later I learned from my union, Efling, that I had the right to be paid for at least four hours even though my shift was shorter than that.

Because of this overpayment, which I had gotten over a long period of time without knowing it, I went to Efling and they confirmed that I had not done anything wrong.  How could I have known of this? It happened over many months. I didn’t know that the payroll department had made a mistake and that was difficult to deal with my foreman because she accused me of doing something wrong. Later my foreman said that we could come to an agreement, just between us. She wanted me to work out the month and not work the following month and then I would not have to reimburse that which I “owed them”. She said they would hold a farewell party for me. I did not feel comfortable with that and thought to myself that this was not right. They ignored my rights, the foreman treated me badly and that hurt me.

Finally, I quit work. I should not have had to write a resignation statement.  Large companies seem to get away with a lot without being punished. A foreman’s power over workers is huge. I would like to contribute to society, but the opportunities are few when people who cannot work in all circumstances or a full work day are met with discrimination.

Though my physical disabilities are often very difficult for me I try anyway to be as active as I am able. We need to adapt the labor market to the working people, we need to come up with solutions for people who can only work part-time so that all people can contribute to society. Taking part builds self-trust and we should make it easier for people to do that.

All people should have the possibility to take part in society, in spite of physical or emotional disabilities. We need to give people opportunities to be active, to take part and contribute to society. The labor market does not accommodate people who have a limited ability to work. It should be a basic right that people are not discriminated against or prohibited from taking part.

Discourse in this society is such that people who receive disability benefits are said to be lazy and don’t want to work. Nobody chooses to be disabled, people become disabled after they have worked too much, have experienced too much physical stress that their bodies crash under the pressure.

Today I am a member of the multicultural council in Reykjavik. It is important to reach those immigrants who live here, to listen to their hopes and ideas. We are a bridge between them and their participation in society. Often people do not know their rights and it is important that foreign people know where they can get information about their rights and obligations as citizens. For example, we can better assist those who have a foreign background and are trying to learn Icelandic and we can offer more solutions in this area. We need to work together, those who speak Icelandic and those who have not yet learned the language. We should all work together to improve society, so everyone can feel well here. We can do much more in order to meet people from different cultural backgrounds who live here and focus on building bridges between people.

46. sæti – The other Reykjavik

24. sæti – The other Reykjavik