Away from elite politics 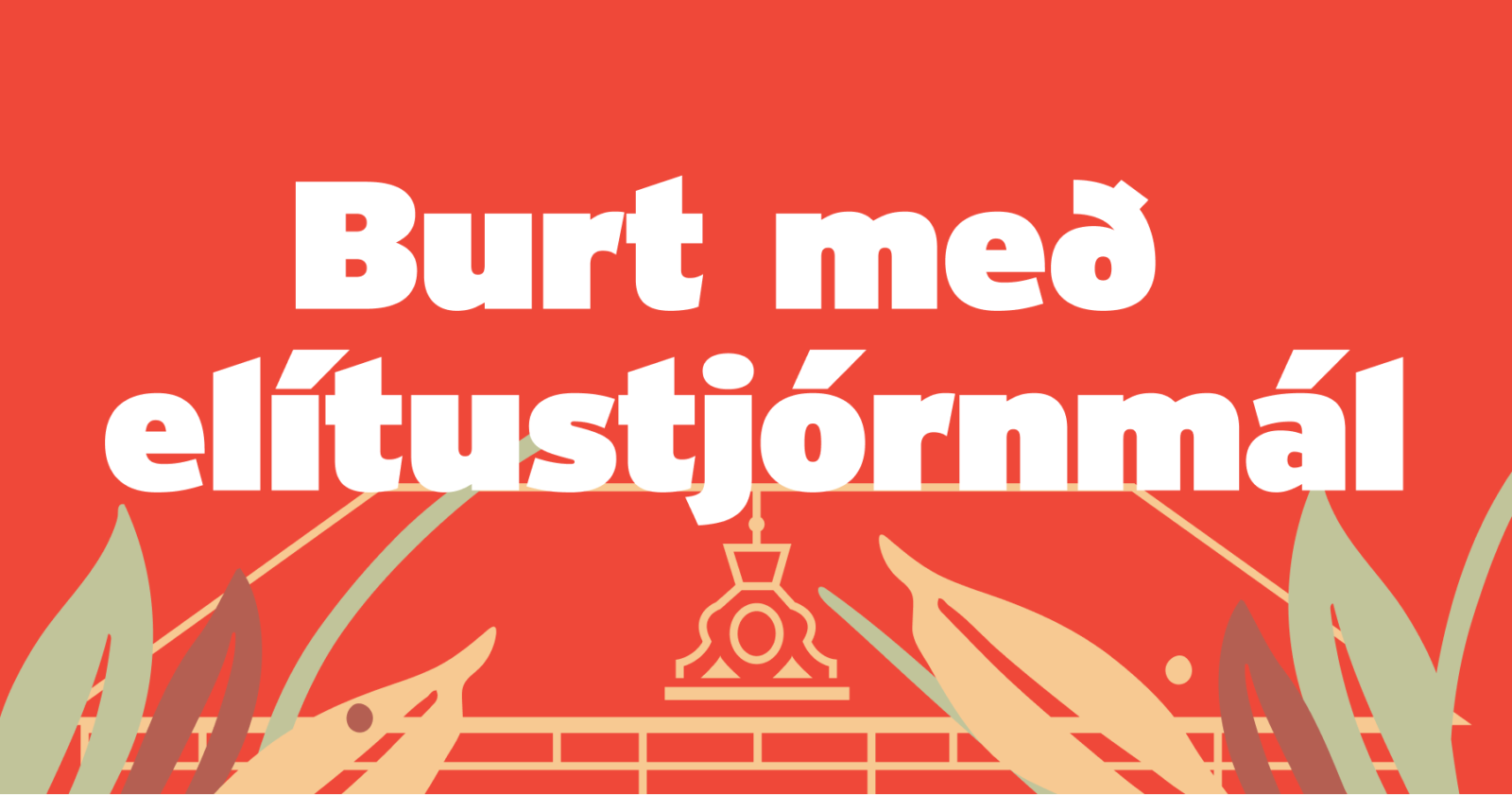 In recent years, politics has shifted from what might be called popular politics to what is inherently elite politics. The political parties are no longer active non-governmental organizations, but are mostly run for state and local government grants. The trend has been that the leadership of the parties has become independent of the grassroots. Some newer parties are little more than a shell around the leadership.

Instead of seeking policy, power and a mandate for the active participation of public associations, the leadership buys advice to strengthen itself in the field of elite politics, which is primarily news and media coverage. And the media is part of this elite politics, as exclusive as the parties to the mainstream public.

The result is staged politics that have no connection with the lives of the people, politics that fail to address the injustices that a large part of the population is experiencing.

The Socialist Party wants to change this.

The Socialist Party is a grassroots organization

And the Socialist Party starts at home. The organization of the party is such that a small group of leaders can not bend the party to their will. The grassroots of the party does not give rise to the formulation of the policy or ranking on the list of candidates, but both are worked on in randomly selected groups of general party members. The party’s structure is not a triangular structure of power, like other parties, but the party has many centers and different governments, all of which are equally appointed and apply equally to the Socialist Parliament. All members have the right to sit on the Socialist Congress and within the party, rules apply to the maximum number of members on boards. The Socialist Party therefore has protection against gang privatization built into its organization.

And for good reason. The organization of the Socialist Party is based on the experience of other parties. If parties do not have built-in protection against gang formation, they will fall prey to gangsterization. It shows the story. This applies not only to political parties but to all non-governmental organizations. Those who come to power use power to increase their power and to defend it. This has been called the iron law of gangsterism.

The Socialist Party is a young party, still in preschool age. Party members are well aware that the party’s organization and structure are not fully formed. But they are aware that if the party is to benefit the people, it must be able to attract as many members as possible, mobilize them to work and protect the party from clique formation.

How does the People’s Party work within elite politics?

The Socialist Party therefore needs to decide how to react within this corrupt environment. And the party will react like this:

The party’s elected representatives will follow the example of Sanna Magdalena Mörtudóttir, city representative, and donate part of her salary to the Vorstjörn Foundation’s fund so that the remainder is equal to the middle class salary, the equivalent of the salary of a head teacher or craftsman. This is the path taken by socialist parties around the world. The Vorstjarnan strengthens the struggle for interests and freedom of those groups that do not have the economic means to wage their struggle and who have not yet managed to build organized wholes. This applies to tenants, poor retirees, immigrants, the unemployed and many other groups.

The state subsidizes political parties with large sums. The Socialists will use this money to strengthen the interests of financially weak groups, build a media in collaboration with the Social Democrats / Solidarity, which is an indicator of radical media, and in other ways promote the people’s struggle against injustice and oppression of capitalism.

The Socialists will therefore transfer the funds and facilities that the elite parties have allocated to themselves into the popular movement. It best serves the goals of the Socialist Party. The party will do no good except as part of such a movement. A party without deep and active connections to the popular movement is worthless and in fact an obstacle in the way of the struggle. This applies to the elite parties and the Socialist Party does not want to be such a party.

How does the Socialist Party want to fix politics?

The rest of the political exaltation of the Middle Ages must be stopped. Politicians should not call each other esteemed and even less so. It is downright ridiculous in a parliament that enjoys very little trust among the people. Ministerial cars, private drivers and all that snobbery should be stopped.

Grants should be provided to political parties. They do not improve democracy but weaken it, increasing the power of the party leadership at the expense of the grassroots. In order to strengthen democracy, the state must strengthen and support the interests of the groups that are worst off and have the least money. That is the problem of democracy. The poorer have too little power. And the leadership of political parties does not belong to the poor and powerless.

In order to ensure equality in the democratic arena, the donations of companies and interest groups of capital and business owners to political parties should be banned. Democracy is the platform of the people, its tool for counteracting the threat of wealth. In order to reduce the impact of funds on the election campaign, election propaganda in the broadcaster’s advertising should be banned. Wealth has no place in politics, there is enough power that accompanies desolation and it should not touch the politics of the people.

If necessary, candidates can be strengthened in the election to hold an office and a minimum presentation 2-3 months before the election so that voters have good access to information on the policy and mission of the candidates.

The Socialist Party’s seventh offer to voters on the occasion of the parliamentary elections on September 25, 2021 is as follows: