Daníel: It was imprinted in us that if you come from poverty, you will be poor forever 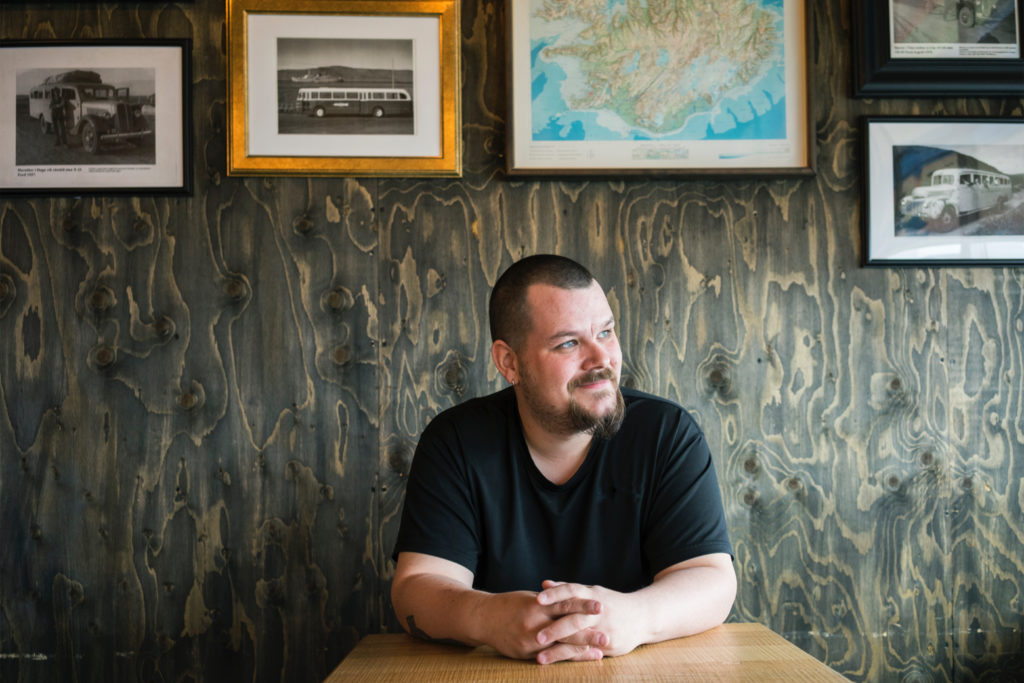 I was raised in Breiðholt by a single mother. She worked a day job and in the evenings cleaned the auto showroom at Hekla Motors. Though she was always at work, we only had 15.000 krona left after all of our bills were paid. I sometimes went to the cinema with a bag full of kronas, leftover change. I felt very cool.


I never felt that we were poor, except maybe at Christmas. But I often had to cook for my sister and pick her up after school. Sometimes we went to work with my mother in the evening and we played among all the fancy cars. That was around the year 2000 when the so-called boom of prosperity was beginning. We didn’t feel the effects of it, except maybe I had an easier time finding work. At thirteen years old I began to work shifts in the store where my mother worked and when my friends went to summer youth work I was digging ditches.

When I moved away from home I lived at first with my in-laws and then I went out into the rental market. There my wife and I felt the power that landlords have. They keep people on short-term leases, then change them and kick people out. Once we had found and looked at an apartment and were about to move into it when the landlord changed his mind and gave it to his cousin who had just moved from abroad. So we moved into a hotel where I was working and living in a hotel room for a half year. My wife worked during the day and I worked at the hotel at night.

At this hotel, I saw all sorts of bad treatment. The people who cleaned were all foreigners, women being paid the lowest wages and working way too much and they were constantly made to change shifts without letting them know in advance. Now I am working with a Polish guy who pays 200.000 krona a month for a tiny apartment to live in. His wife has to work seven days a week. There are many who don’t see that as a problem, who don’t see people because they’re always working. This is constantly on my mind because these are my friends.

Now I am a married man with two children. We both work and I had to take a break from my education to pay off a student loan. Fortunately I am no longer on the rental market, but all the same, we never have money at the end of the month. I count the days until our youngest child can go to nursery school because now we pay 85.000 krona a month for childcare.

It is somehow imprinted in a person that if he comes from poverty then he can expect to always be poor. We are very lucky, we have family who can help us and I think I have a good life compared to the one I came from. But it is certainly a sorry situation that a person has to rely on that. We should all have equal opportunities, that shouldn’t depend on wealth or family income that people get a chance at a decent life. We should all be able to stand on our own feet.

Daníel Örn Arnarsson was elected to the board of Efling in March. He is now a candidate for the Socialist Party in Reykjavik. #powertothepeople

44. sæti – The other Reykjavik

9. sæti – The other Reykjavik