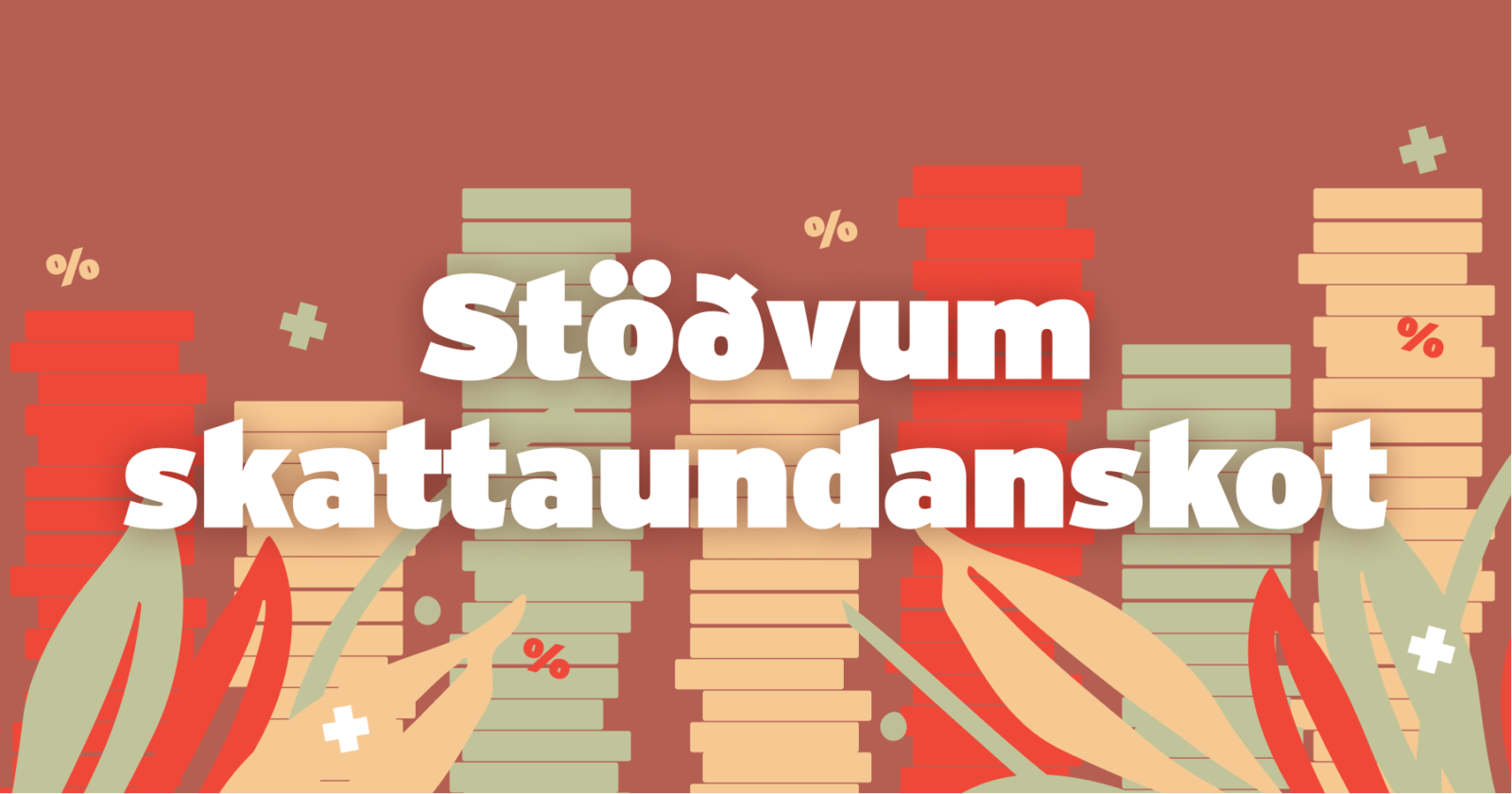 The breakdown and weakening of all control over companies and capital was part of the transformation of the neoliberal years. It was based on the thought that Ronald Reagan put it this way: The state can never be the solution because the state is the problem. It was rejected that the government could improve the economy by following the demands of the public authorities, it was claimed that the market would correct itself if an abnormal situation arose.

And this disbelief in the supervisory role of the public authorities reached the tax system. Tax changes were not forced to maintain justice but to meet the demands of business and capital owners for lower tax payments and less tax control. This was driven by the conviction that in fact the money was better spent by the rich than in public funds. It was therefore a systematic attack on public funds, designed to transfer power and economic power from the democratic arena to the so-called market, which is in fact the domain of power.

The breakdown of the tax system and tax control is now a global problem. Treasury revenue has been weakened by tax competition between countries, which has led to rapid tax cuts on capital and business owners around the world. But tax cuts are only part of the problem; the biggest problem is the flight of money to tax havens and an increasingly pervasive tax system within the states. Icelanders must take part in defending against this on the international stage and be at the forefront, but that is also something we can do on the home front.

The Socialists in particular propose three points; to deprive holding companies of independent taxable membership, to limit the right to use capital costs for deduction before tax, and to greatly strengthen tax control, especially with the richest capital owners and large companies.

Holding companies without operations other than asset management are a channel for tax evasion and have been established primarily for that purpose. Dividends from management companies, real companies that produce goods or services, are transferred to holding companies where there are countless opportunities to defer payment of taxes and ultimately avoid all tax payments. In the years before the collapse of 2008, large sums of money were transferred in this way to companies in offshore countries that did not pay any taxes in Iceland. After the Crash, the tax law was changed so that companies in foreign low-tax areas were ignored and their owners were taxed as if the companies did not exist, were not independent taxpayers.

Now is the time to take the next step and do the same with all holding companies, companies that have no activities other than asset management, and tax their owners directly as if the companies did not exist. Dividends to holding companies would then be taxed immediately as dividends to the owners in the same proportion as their assets are in the company and the same would apply to its other income such as interest and capital gains.

Holding companies have no operational purpose beyond the ordinary bank account and no social purpose at all. They are the main tools of financial-driven capitalism, which has not only weakened society but eaten away at real-world corporations, weakening them economically and confusing their policies. There is therefore no societal purpose to regard these companies as independent taxpayers. They are primarily tools for sucking money out of other companies and society and transferring to their owners with the least amount of tax payments.

II. Stop tax evasion:
Reduce the weight of the deduction

Companies are authorized to deduct expenses from income before the imposition of income tax. These expenses include financial items such as depreciation and interest. This has been abused in various ways for tax evasion. We know of examples from smelters that pay their parent companies a high interest rate on all start-up costs, so the operating companies’ profits are almost non-existent and, as a result, tax payments are small, if any. We know of examples of companies that buy trawlers that will last for thirty years but are written off over eight years to reduce tax payments as much as possible.

All rules on the assessment of financial items need to be tightened so that tax payments reflect the actual operations of companies. Authorization must be given to the tax authorities to tax the operations of companies on the basis of income less expenses before any financial items are suspected if such deduction is suspected or if it is outrageously high.

Overpayments should not be considered as normal corporate expenses. Companies should be allowed to post costs for wages up to three times the minimum wage, but wages in excess of that would not be included in expenses and would be entirely at the expense of the companies’ owners, but not partly paid by tax cuts as is currently the case.

The increase in the number of evasions during the neoliberal era has not only reduced the Treasury’s revenue but distorted the entire economy. The emphasis has shifted from the operation of companies with actual operations, production and sales of goods or services, to financial operations. It is more money to have out of turning on the tax than to perform better in business or serve consumers better. The system rewards cheating more than diligence.

Tax research on large companies and holding companies of the rich is far too weak in Icelandic society. It is known that tax evasion and tax evasion increase as people have higher incomes and have more assets. The main focus of tax research should therefore be on the tax returns of the richest capital owners and the largest companies. It can be stated that no public sector activity will generate as much revenue for the Treasury as strengthening tax control over the richest people and their companies.

Tax investigations have almost always been weak in Iceland, as it has been the goal of the party that has long led the Ministry of Finance to keep tax investigations to a minimum. This needs to change decisively, building a strong office of the Director of Tax Investigations that has the capacity to build a team of staff that can handle the tricks of the rich auditors and lawyers. The aim is not only to strengthen revenue generation but also to fix the competitive position of small and medium-sized companies that pay their taxes in full against the large companies that have good facilities for tax evasion.

Tax investigators should be seen as key people in government operations, people who ensure that the Treasury’s revenue collection is active and fair. The public must be kept informed of the work of the Director of Tax Investigations and the methods used to avoid normal payments to the public fund.

The Socialist Party’s fourth offer to voters in this autumn’s election to prevent tax evasion is to prevent abuses by holding companies for tax evasion, reduce companies’ ability to reduce tax payments with unreasonable capital costs, stop deductions for overpayments and boost tax investigations on big business and the richest.

This is not only necessary to strengthen the Treasury’s revenue, but it is also important to counteract the financialization of the economy, which has weakened and damaged it. The tax changes of the neoliberal years were not just divisions from public funds, but they distorted all the rules of society, shifting the emphasis from value creation of the economy to how the few rich and powerful could attract as much wealth as possible.

And this is nowhere more pronounced than in the breakdown of societal goals and the privatization of public resources. The third goal of the tax policy of the charity economy is therefore to bring the resources of the country and the nation back to the people so that they become a driving force for a social structure based on justice, equality and humanity.